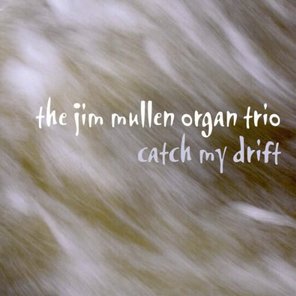 Mullen says on the liner that he always refused to do tribute albums and dislikes the ‘concept album.’  He feels that the best jazz records have always been made by ‘a bunch of guys deciding on the spot what to play.’ He has returned to this method with his current disc but I have to say that it doesn’t sound as though no thought or programming had gone into the project. Relaxed and laid back yes but the guitar playing is natural sounding and inventive on all these pieces. Mullen decided to play a number of his favourite tunes from past and present, starting with an up tempo exercise on Van Heusen’s Deep In A Dream.

Tracks like For My Lady and Declaration Of Love show the lyrical, ballad caressing style of the guitarist and here, as on all tracks, he is well and sympathetically supported by Gorman and Skelton. Lonely Town is a little known song by Bernstein, Comden and Green which Jim heard on a recording by Shirley Horn. He fashions a smooth medium tempo version here that also features a strong organ segment from Gorman. Most of the music on this disc is on the edge of being well known or belonging in the great American songbook. Maybe the exposure given to the music by the smooth lines and inventive solo textures of Mullen and his rhythm section will help to make the music more widely known and accepted. Not much solo space for Matt Skelton but his rhythmic support here is first class. This is that comparative rarity, a tasteful jazz organ trio disc!