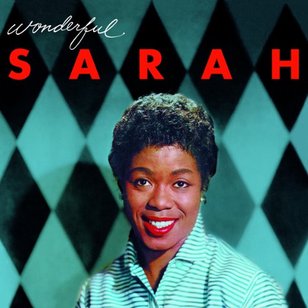 This is Sarah Vaughan in her more commercial guise with large orchestras under the direction of three different conductors during the period 1954 to 1956 whilst recording for Mercury Records. While there is little to interest from a jazz point of view it’s always rewarding to listen to this fine singer.

Some of the songs are not really worthy of her attention but she does her best to make something of interest in them. All is not lost there are a number of quality songs on the album which nearly outweighs the dross.

Sarah Vaughan’s Mercury recordings have been issued on numerous  compoations but this recording does have the advantage of including one full album plus sixteen additional tracks from various recording dates.

Sarah Vaughan’s Mercury recordings are in need of the same treatment that was given to her Roulette recordings by Mosaic. This also applies to her Mainstream recordings which are virtually6 impossible to find on any format.

It is difficult to recommend this release but if you are an avid Sarah Vaughan collector some of these tracks may plug a gap in your collection.